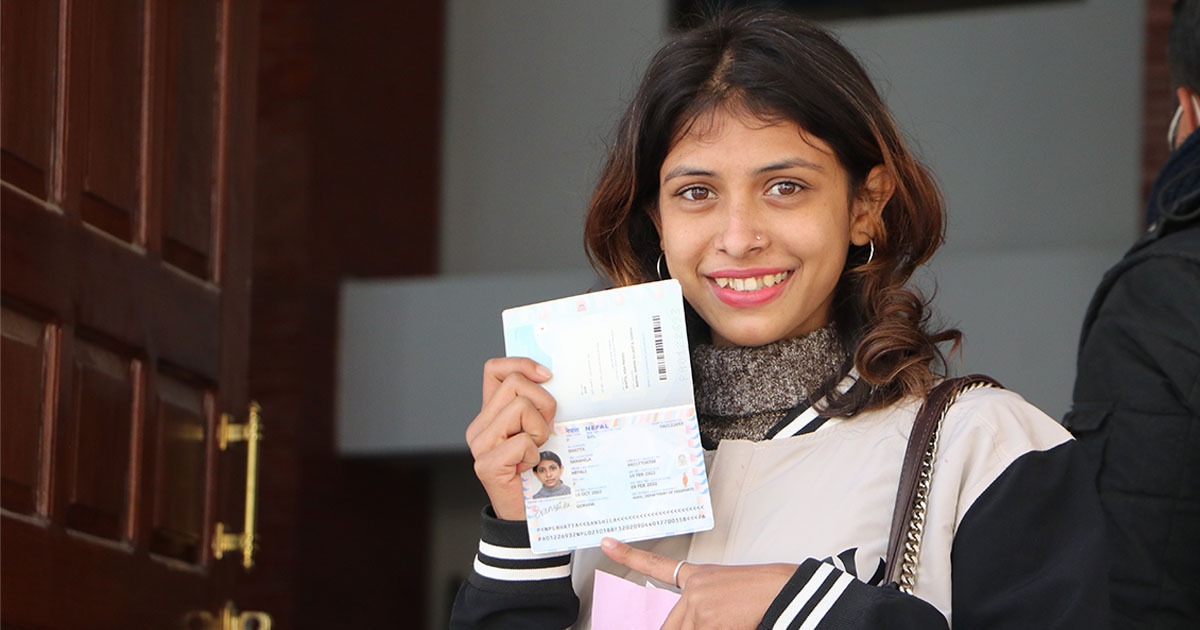 Kathmandu: Sansila Bhatt of Gorkha received an e-passport in just two days. She is set to go abroad to read. 'I got an e-passport in just two days. The service became digital. How easy it was, 'she said. She returned from the Department of Relief in Kathmandu with joy, taking an electric freight. He is not the only one, said Doranath Aryal, director-general of the department where electric transport was distributed to nearly 45 thousand people over a three-month period.

The service was launched on March 1 last year with the first e-passport to Satya Mohan Joshi, a culture scholar. The department has indicated that the practice of electrical transportation has been successfully shut down. The department has issued 12 hundred daily electric vehicles. But, demand is more than 2,000 5 hundred.

The department has three machines connected to print passports from where there are 6,000 e-passports a day. Department employees appear to have been scrambled to serve from 7 a.m. to 7 p.m. to serve the service provider. But, the workforce shortage has not been able to print passports as demanded.

The department has been distributing the relief with an online application for e-passports from 45 locations in 39 districts. 6 is also taking service from the Territory Administration Office. The department has also provided e-passports from the embassy and neo-Nazis abroad. Outside the country, e-passport delivery has begun from the Nepalese Embassy in Riyadh, Malaysia, Saudi Arabia, and from the Nepalese consulate in Jeddah, Saudi. Starting Thursday from Riyadh and Jeddah.

A technical team has been set up to provide services through embassies and consulates in all districts and abroad. 'We provide services from 77 separate districts within the next 15 days. We are preparing to provide e-passports from all our agencies to Nepalese citizens who are out of the country within a span of a week," says Director-General Aryal, adding, "We have already served in a district with a large population. We have begun giving e-passports where 75 percent of the country's population is located. ’

He said the delivery of the freight was much more comfortable now than ever before. In remote districts, it is difficult to provide services when there is no Internet. The department has indicated that the number of people taking the delivery has risen more now than ever before. Students now have the season to go abroad to study. The number of e-passport stakes has risen as employment overseas has also opened up.

'There was no belief that the service would be reached so quickly in the district. The MRP's procedure was flexible. Now that the firm is certified from the District, there is instant passport printing from the department, 'says Mahadirector Aryal, 'this is the most modern and reliable delivery. Where all the details of the person are kept on chips.

In the past, about five million people annually have taken MRP. Now that number is expected to rise, as the department has predicted. The IDMEA Identity and Security Company have been in charge of passport printing. He has received a contract to print two million Then e-passports.